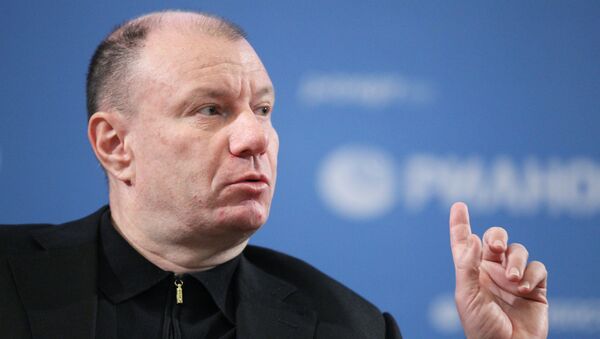 “Billionaire Vladimir Potanin’s Interros has invested in the BestDoctor corporate medical service. The holding’s share in the service may reach 20%, experts believe

Medical and insurance service BestDoctor has attracted about 1 billion rubles from a group of Russian investors by entering into a strategic partnership with billionaire Vladimir Potanin’s Interros. “The agreement provides for Interros to subsequently acquire a non-controlling stake in BestDoctor with the possibility of introducing its representative to the company’s board of directors,” according to a joint press release sent to Forbes.

Three sources in the medical technology market (medtech) told RBC that the owners of BestDoctor were in talks about selling their stake to Potanin’s structures.

Sergey Batekhin, general director of Interros, expressed confidence that as a result of the partnership BestDoctor will take a leading position in the VMI market and the insurance market in general. BestDoctor CEO and co-founder Mark Sanevich announced plans to strengthen the medical ecosystem of the VHI product and develop a line of insurance services under the BestInsure brand by the end of the year.

BestDoctor was founded in 2015 by former MSU fundamental medicine faculty classmates Mark Sanevich and Mikhail Belyandinov and offers voluntary medical insurance (VMI) services for companies. Among its clients are MegaFon, AFK Sistema, MTS Bank, Aviasales, Samokat and others. The platform offers VHI medical services from 18,000 Russian clinics for 280,000 of its users. According to SPARK data, 100% of Bestdoktor LLC is owned by Rafulia Holding Limited, a Cypriot company. The company’s revenue in 2021 was 227.4 million rubles (in 2020 – 42.6 million rubles), net loss – 849.1 million rubles (326.6 million rubles).

Last year BestDoctor attracted $26 million in investments from Winter Capital Partners international fund, VNV Global of Sweden and the Austrian insurance company Uniqa, part of the Raiffeisen Bank International group. Based on this amount, Sergei Suverov, investment strategist at Aricapital Management Company, valued BestDoctor at $90 million. “If the transaction took place based on the previous valuation of the project, then Interros’ future stake will be about 20%,” he told RBC.